Alaska from a Cruise Ship

Motorcycle safely stored, next up was the first visit to Alaska, this time from the comfort of a cruise ship.

The story behind the cruise ship goes like this - when my grandma learned that I was going to Alaska, she said that she'd always wanted to go, and that she'd like to go with me. Now, as much as it would be a great sight to strap her to the back of the bike... Unlikely. She brought up the idea of an Alaska cruise as a way to experience it with me, and we planned on meeting in Seattle for it.

Friday, July 27th: Seattle, WA, and on the Cruise We Go

Jeff and I were up early, and I caught a ride downtown with him. Generously, he let me borrow his beast of a car, a 2012 Ford Taurus SHO, to run some errands before meeting grandma and boarding the ship; new notebook for log, and exchange the faulty iPhone 4S (battery not holding a charge well).

Tasks completed, I headed to Pier 66 to board the Celebrity Infinity. Never having been on a cruise before, this would be an interesting experience. The ship carries a crew of ~600, and ~2,500 guests. That is a floating city.

Grandma, 88, was already on-board. We headed to our "state room," and had a taste of the ship's cuisine at the buffet.

Today the ship was at sea, en route to Ketchikan, AK. The day consisted of eating and hanging out with grandma until her batteries drained, exploring every one of the ship's 12 decks, working out, swimming in their frigid outdoor pool (brain freeze), watching an interesting whale show by a entertaining biologist, and going to the Broadway-esque late night show. Tough to be bored on a cruise ship?

Testing out the waterproof case in the hot tub

Woke up, had brunch with grandma, and then we head out for the first on-shore activity we signed up for. We would be going on a fishing tour on board the Aleutian Ballad, which we learned had quite the reputation for being a survivor.

The tour showed us how they catch crabs, prawns, and fish. The crew was knowledgeable and entertaining, and part of it was Travis Arket, whom I met and shared adventure stories with.

Grandma and I with lunch

Bald eagle going for the fish

The fishing tour was well worth it, and took all of the time allotted in Ketchikan. Back on the ship, Grandma took a nap, and I tried swimming again. This time, fortunately, the water had heated up (from my almost dying yesterday?), and I was able to complete a strong session. However, as I was finishing, there was an announcement of a whale sighting; there were a few whales around the ship, and one performed some breaches for us! Believe it or not, I took a great picture... and lost it. Sure...

While walking on the 11th deck, I looked through a window to the outside part of the deck, and saw a ping-pong table. YES! A few hours were spent playing random people on the ship. Most fun.

One great feature of a cruise ship is that it moves while you sleep. That means that you may wake up to something stunning. In this case, we'd sailed into the Tracy Arm Fjord, and the sights were spectacular.

Where does that come from?

May I please go hiking in there?

The ship continued on its way to Juneau, AK, where we had another tour planned. This time, we would visit the Mendenhall Glacier and go whale watching.

Grandma and I did the mile-long hike to Nugget Falls, and back. Unfortunately, we learned a lesson from the tour business; it's all about throughput and sticking to a schedule. The bus left us stranded there, even though it was raining and nobody came to get us. My priority was grandma, and these people clearly were missing some empathy. However, that does not spoil anything. We end up talking to another tour operator, who gave us a ride back to the dock. No whale watching for us today, but adventure was had.

Grandma and I headed back to the boat, where she went for her nap. I went back out to Juneau. There, I hit up a couple bars in search for WiFi to catch up on things digital. If I drink I can use your Internets? Sure!

Woke up in Skagway, AK, and headed over to the restaurant to have breakfast with grandma. The tour of the day would be a helicopter ride to the Meade Glacier.

Flying over the mountains

As expected, grandma was ready for a nap after the morning's excitement. She stayed sleeping on-board, and I went out to explore the mountains around Skagway on a trail run. I went to the Upper Dewie Lake, over to Sturgill's Landing, and back to the town.

Where are them bears?

Back on the ship by 4:30pm for a swim, hot-tub action, reading, and getting ready for "formal night" dinner with grams. After dinner, I camped out at the ship's coffee shop (yes, there's one of those on board), and talked with some of the officers and managers of the boat. It's quite the interesting business.

Another day at sea, filled with food, reading, working out, and experiencing the ship's entertainment. The best part of the day was getting to hear classic stories from my grandmother, especially about her life and adventures in Colombia. For example, when my father was a baby, her and my grandfather relocated from New Jersey to Colombia. To do so, they took a multi-week freighter ride with their belongings.

Turns out that the Chilean Horseback Riding team was also on board after winning a competition in New York. They had brought too much wine for their celebration at sea, which they could not bring into Chile, and my grandparents were obliged to help get rid of it.

The last stop on the cruise is in Victoria, BC, Canada. There, grandma wanted to visit the Butchart Gardens, and it was a great idea. The recurring thought throughout the visit was that I would have liked to be a guest at a party when it was still a private residence. Very Gatsby.

Understandably, grandma went for a nap, and I went to explore Victoria by myself. Charming city, and also worth a future visit accompanied by a romantic date.

I turned in for the last night at sea before arriving back in Seattle by the morning.

Woke up to docking in Seattle during sunrise. Grandma would be meeting with a longtime friend of her's from the area, and I'd be bunking with a friend in town for a few days.

Seattle Sunrise from a ship

That was the conclusion of the cruise ship part of the adventure. To close on that topic, I'll just say that, after having the freedom of a motorcycle, a 2,500 passenger, 12 deck cruise ship is a cage. A large one, at that. However, it was a great way to spend time with grandma, there were stunning views, and it was a good setting to relax, read, and eat good food.

With grandma on her way, I met back up with Jeff for lunch and to get the motorcycle, and met up with my friend Libby. It was SeaFair weekend, and I was told I had to take part in the festivities. After checking my schedule, an "absolutely" was in order.

The festivities began with a bike race from Queen Anne down to Georgetown, followed by beer drinking out of plastic sport bottles (beer was free, you paid for the bottles...). A fun time was had, and bed called early after the long day.

My bottle was called Moldy... great

However... earlier in the night we lost a few of the people in our crew. Turns out that one of the girls, who used to be a bike messenger but was riding an old Schwinn, lost her brakes, ended up crashing, and was taken to the hospital. We found this out as we were about to depart the festivities, and I drove everyone to visit her (I was the sober one by that point). Hospital visit in Seattle? Check.

The following days were spent hanging out in Seattle before crossing into Canada to visit family and do a stint in a vineyard. 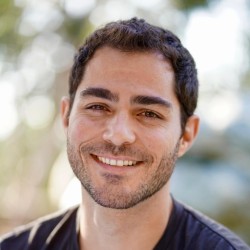